This is the second of a four-part series on Amsterdam’s efforts to reduce its carbon footprint and become a more sustainable city. It highlights Amsterdam’s plans to slash its greenhouse gas emissions 75 percent by 2040.

Residential and commercial neighborhoods of Amsterdam stretch as far as the eye can see along Prinsengracht, the longest of Amsterdam’s four main canals. Image by International Energy Agency.

Amsterdam, The Netherlands — Amsterdam has set forth ambitious aspirations to slash its greenhouse gas emissions (GHG). In Amsterdam: A Different Energy: 2040 Energy Strategy (2010), the city outlines its intention to become sustainable by 2040, emitting only a quarter as much GHG as in 1990. If Amsterdam succeeds, its emissions would be 15 percent below the European Union’s 60 percent emissions-reduction goal for 2040.

Municipal officials see the city’s 2040 GHG target as a milestone that must be attained if the city is to reach an 80 to 90 percent reduction in GHG by 2050. City leaders have long recognized, however, that achieving the 2050 goal will be a lengthy process requiring broad cooperation as well as patience and perseverance.

That’s why city officials have made it a practice for almost a decade to reach out to the business sector, government, and civil society groups to build a broad social consensus in favor of the city’s new energy and climate strategy.

A Broad Sustainability Vision
What’s especially interesting about Amsterdam’s sustainability vision is the way it integrates economic and social aims with environmental and climate goals. Thus, as Amsterdam plans to phase out fossil fuels to usher in a clean-energy future, the city anticipates that the transition will bring a broad range of co-benefits, rather than unrequited costs.

Less than half of Amsterdam’s citizens report a passenger vehicle as their primary mode of transportation. Image by International Energy Agency.

That’s because the same steps that Amsterdam must take to reduce and ultimately eliminate fossil fuels will also improve Amsterdam’s air quality, reduce its traffic congestion, make its buildings more comfortable, render its workforce more productive, and save its citizens money.

The city’s sustainability vision is panoramic in scope, encompassing the use of public space as well as how energy, water, and material resources can be used more efficiently. For example, the city plans to make greater efforts at recycling urban waste and construction debris.

The goal is to more than double today’s recycling rate by separating 65 percent of urban waste by 2020 into resource flows of glass, paper, plastics, and even textiles. Simultaneously, the city plans on becoming more flood-proof with the help of green roofs and better stormwater management.

If successful, city leaders will also reduce both the cost and quantity of energy used per person and the carbon dioxide each inhabitant emits.

Dual Motivation for Change
The move toward sustainability has both an approach and an avoidance dimension. Amsterdam’s leaders are drawn toward a vision of Amsterdam as a clean, prosperous, and sustainable city, while simultaneously wanting to avoid the problems that fossil fuel dependency entails.

These include air and water pollution, price volatility, and limited fuel reserves, hence the looming threat of eventual fuel shortages and price increases. Renewable energy, by contrast, is ever-present; virtually nonpolluting during operation, and inherently more predictable in price. In addition, its prices have been dropping steeply for several decades and in many places are at parity or cheaper than new fossil fuel power.

Amsterdam plans to have 4,000 public electric vehicle charging stations by 2018.

City leaders foresee that their sustainability plans will thus provide a bulwark against an eventual era of fossil fuel scarcity and higher prices. The Netherlands has been drawing down its once-abundant natural gas supplies for some time now and will have to start importing natural gas by 2025, as will much of the EU.

Two additional factors are increasing Dutch political support for renewable energy. In Groningen province, where most of the Netherlands’ natural gas is extracted, gas wells are being blamed for severe earthquakes over the past four years. Historic monuments, including 800-year-old churches, have been damaged, and Groningen residents have demanded a halt to gas production. If that happens, the Netherlands would become more dependent on Russian natural gas, a dependency which is politically unpopular.

Accentuating the Positive
By reducing the need for fossil fuels, Amsterdammers expect that investments in modern, efficient, clean energy systems will ultimately pay for themselves in energy cost savings for citizens and corporations. They see this as a “win-win” that will render the city more pleasant and healthier in the near-term, while insuring that, in the long-term, future energy supplies stay affordable and predictable in price.

Amsterdam’s leaders have also understood that clean air and clean water are essential if the city is to be habitable, sustainable, and attractive to residents and businesses in the future. They know that a clean environment is intrinsically more attractive than a polluted one and that it is not only compatible with economic prosperity, but conducive to it.

Chic, modern, energy-efficient buildings are more pleasant for occupants and command higher prices than older, inefficient units. All else being equal, property values will be higher in a clean, well-managed city with good public transport, compared to a city where public infrastructure has been allowed to decay and fossil fuel industries’ dominance remains unchallenged.

The Amsterdam perspective on the economic and lifestyle benefits of a clean-energy transition are in sharp contrast to the view promulgated by people who juxtapose environmental protection against economic growth and attempt to link clean energy with higher energy prices, privation, and economic distress.

By contrast, in Amsterdam: A Different Energy: 2040 Energy Strategy, the city’s aspirational climate and energy strategy study, city leaders declare that “being a leader in transitions that affect the basic facilities and infrastructure of the city, such as energy and communication, creates extra jobs, economic growth and an open playing field for innovation, thereby helping to move the city into the future.”

They therefore plan to mitigate GHG emissions while preparing the city to withstand the inevitable effects of climate change.

*This article was published at The Huffington Post on Aug. 1, 2016 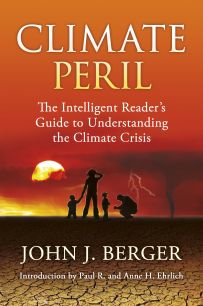 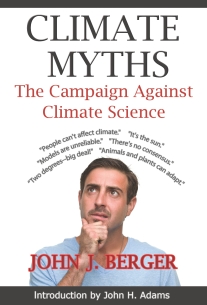